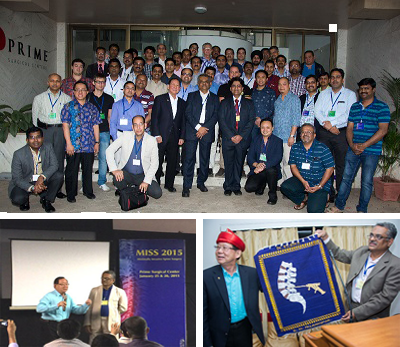 The 2015 MISS was held in Pune, India under Program Director Dr. Satishchandra Gore at the Prime Surgical Centre, January 24-26, 2015.

It was attended by 59 surgeons from various parts of the world including Russia, Philippines, Indonesia, South Africa, Saudi Arabia, Egypt, to name a few, in addition to a large number of Indian Neuro and Ortho spine surgeons.

Dr. Anthony Yeung was the main speaker at the event, highlighting state-of-the-art techniques and tools as well as generating meaningful discussion on SED, past and future.